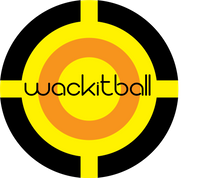 Wackitball was developed between 2010 en 2012 in Cyprus and founded by Marc Sarens, a Belgian who lived for 15 years on the island.

Marc is  a physical education teacher and owned together with Sophie a watersports business on the beach in Cyprus. There were days when the sea was to rough to work and because there were few sportsfacilities, Marc came up with the game of wackitball.

Wackitball has the intensity of squash en tennis but can be played anywhere. The rules are unique, it is easy to learn and gives you an instant feeling of success. Reactionspeed, change of direction and tactics are skills which you need and use playing wackitball.

The wackitballcourt is a circle and 2 players ( single) or 2 teams of 2 ( double) play against each other. The purpose is to hit the bal on the centered wackitball base and to force an error on your opponent. The game is played with mini stringed rackets and a rubber ball.

This year more then 10.000 people have tried wackitball during sportsevents for both children and adults.

Flemish Open Wackitball was organised for the fourth time in Belgium

500 teachers Physical Education  have tried it and 80 trainers now can teach wackitball.

Interested to have a go yourself? Visit our facebook pagina where you can find all the try-out days.

You can also book a try-out for your group or company. We take care of the equipment and qualified instructors. Fun guaranteed!

contact us with your questions and comments and we will get back to you.

THINK OUTSIDE THE BOX AND PLAY INSIDE THE CIRCLE 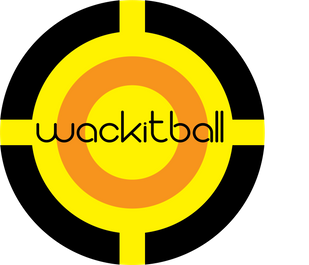